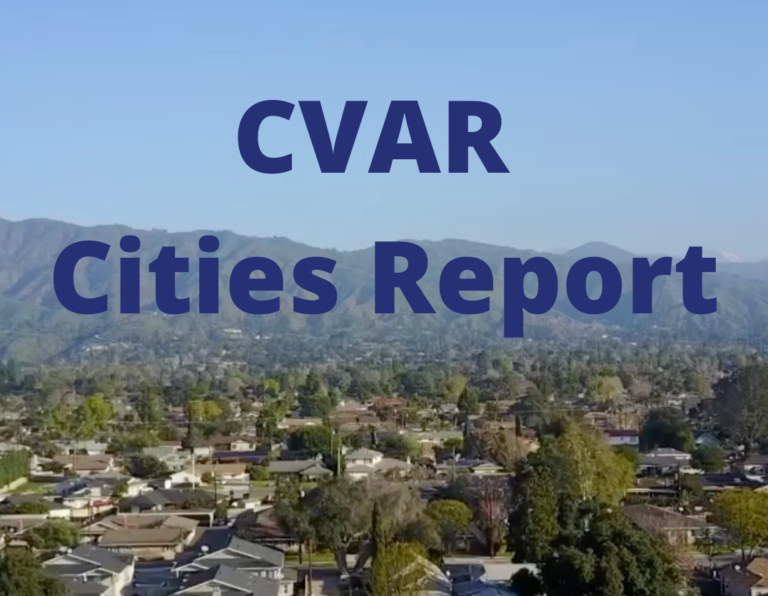 All three properties include one- and two-bedroom units averaging more than 800 square feet, and they are located near downtown Azusa and Azusa Pacific University, as well as the 210 Freeway.

The City of Baldwin Park will host the grand opening of Serenity Homes on Saturday September 2 2022.  Serenity Homes located at 13167 Garvey Avenue, is a complex designed for families that are at risk of becoming or currently homeless.

The Grand Opening will begin at 11:00 am.  Those interested in attending should contact Rosa Caballero at the City of Baldwin Park at Rcaballero@baldwinpark.com. Telephone:  626-960-4011 x 112

Lewis Retail Centers has unveiled plans to build Town Center at The Preserve in Chino, a city in Southern California. The retail and office development, which will span 169,590 square feet, is slated to open in summer 2023.

Town Center at The Preserve will be situated within a master-planned community named The Preserve at Chino and adjacent to multifamily units. The pedestrian-friendly development will feature Main Street-oriented retail space, as well as open spaces for gatherings and events. The office space will be positioned on the second level, above the street-level retail space. KTGY is the project architect.

Stater Bros., a privately held supermarket chain based in San Bernardino, Calif., will serve as the grocery anchor tenant. The store will span 46,109 square feet and will feature full-service meat, seafood, deli and bakery departments. The store marks the third location for Stater Bros. in Chino.

Additionally, Kenwood’s Kitchen and Tap, a family-owned and operated restaurant and bar serving American comfort food, will open at Town Center at The Preserve in fall 2023. The restaurant marks the second location for Kenwood’s. Other food-and-beverage tenants committed to the development include 7 Miles Tea Lab and Chipotle Mexican Grill.

On August 112022, The City of El Monte announced that in partnership with Valley Vista Services, it has delivered over 15,000 organic waste pails to every residential home in the city in order to comply with Senate Bill 1383. SB 1383 aims to divert organic waste from landfills. Through this partnership, the City has taken a proactive approach to support the state’s goal of reaching 75% organic waste reduction by 2025. The City will be kicking off a social media campaign and continuing to host workshops to educate all residents on how to recycle organic waste including the do’s and don’ts.

On October 19, 2021, The El Monte City Council passed the City’s Mandatory Organic Waste Disposal Reduction Ordinance requiring all residential, commercial, and multi-family premises located within the City boundaries to participate in the program. Since the ordinance, El Monte residents have been informed of the law, SB 1383, that went into effect on July 18, 2022 as the City partnered with Valley Vista Services and hosted community workshops to educate residents on the new changes and how to recycle properly.

The La Verne City Council unanimously approved the allocation of $300,000 in American Rescue Plan Act (ARPA) funding to support the creation of a part-time Homeless Outreach Support Team (HOST) and its ongoing operations for the next three years.

La Verne officials said that Homelessness is a multidimensional challenge, and will continue to partner with Tri-City to build a comprehensive approach that addresses this issue. The Council seeks to ensure that all community members have a safe place to live and work.

Officials said that homelessness is an increasingly complex issue that requires a coordinated effort across various service providers, including LVPD, Tri-City Mental Health and Los Angeles County. Creating HOST teams is a part of the City’s strategy to integrate these various services to effectively address this matter. The program being adopted is modeled after other successful programs, including the regional Homeless Outreach Services Team that LVPD already participates in.

Currently, homelessness related inquiries make up 10% of LVPD’s calls for service. The nature of these requests often take time for officers to address, putting a strain on the department’s resources. The HOST team will be staffed on a part-time basis by police officers from LVPD who will be accompanied by a TriCity Navigator, when one is available. The HOST team will work to proactively handle some issues related to homelessness throughout the City.

The team will attempt to connect homeless individuals with the appropriate resources including housing, food, job training and medical services. The City’s partnership with Tri-City will help the HOST team build a stronger sense of trust among the community and enhance LVPD’s capabilities.

The Ontario City Council voted unanimously to place the City of Ontario Local Services Measure on the November 8, 2022, ballot so Ontario voters can decide whether to approve additional local funding to maintain as well as enhance City services.

If passed by a majority of Ontario voters, the City of Ontario Local Services Measure is estimated to generate an average of $95 million per year to ensure the delivery of essential services to its residents and businesses by taking the City’s sales tax from the current rate of 7.75% to 8.75%.

All funds generated from the City of Ontario Local Services Measure would be used to benefit Ontario residents and businesses. The City has identified approximately $1.2 billion in unfunded infrastructure and neighborhood improvement projects that, over time, will become more expensive to address. The measure which will appear on the ballot as Measure Q, will create new funding which could be used for:

The measure will apply to visitors and shoppers from outside the City that purchase goods in Ontario. Exempt from the sales tax would be purchases such as groceries, medicine, medical and dental services, real estate, rent, utilities, personal service, and labor. In addition, the measure includes accountability provisions, such as public disclosure of all spending and annual financial audits.

The City will continue to engage all community members about the City of Ontario Local Services Measure and the impacts on City services if voters approve the measure. For more information visit OntarioCA.gov/LocalServicesMeasure.

The Rancho Cucamonga Metrolink Station is moving full speed ahead into the future with plans for a route that would take travelers to the Ontario Airport in under 10 minutes.

The transportation agency is overseeing the project that would take riders underground and into a 4-mile tunnel to the terminals.

The tunnel would be built under Milliken Avenue, the 10 Freeway and Airport Drive to the airport.

It's based on technology and a proposal Tesla founder Elon Musk and his engineering firm, the Boring Co., first brought to the county in 2019.

The San Bernardino County Transportation Authority board said instead of having Musk's company do the entire project, the county decided to break it into three phases with another company more familiar with the state's bureaucracy contracted for the Environmental Impact Report.

The second and third phase is where the county hopes to work with Musk again.

The transportation agency is also taking an aggressive approach with the hope to have the project up and running in time for the 2028 Olympics.

Langdon Park Capital (LPC), a real estate investment company, has purchased a 138-unit multifamily property in West Covina, CA for $49 million. The property, located at 1829 East Workman Avenue, represents a per unit price of approximately $352,000, will be rebranded as Langdon Park at West Covina, and underscores the firm’s focus on creating lasting social impact in underserved communities.

The firm plans to allocate over $3 million for capital improvements and interior unit upgrades in order to provide high-quality residences for families who fall below the area median income but earn too much to qualify for housing subsidies.